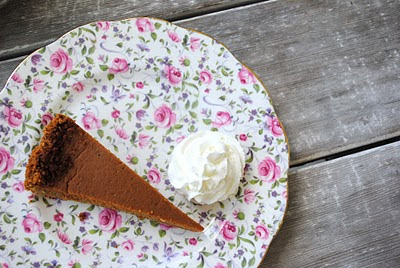 Everyone knows that during Thanksgiving you usually stuff yourself beyond belief and then head back for seconds.  Next comes the couch followed by a deep nap and then you may even head back for round three!  I was determined to enjoy my meal this year, but not go overboard.  In order to do this I made sure there were enough healthier options that I would not feel as if I missed out on the real Thanksgiving goodies. 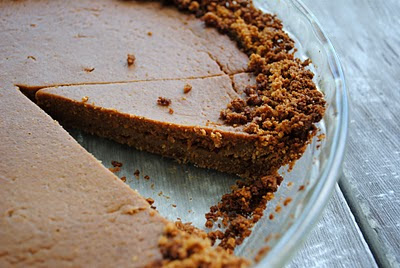 This recipe is a great way to make a slimmed down version of Pumpkin Pie.  I enjoyed my slice, tasting both the cinnamon from the crust and the creamy pumpkin custard.  I decided to enlist the help of a few Pumpkin Pie aficionados to give me their reviews as well.  They agreed that the pie was great, but the main difference between the slimmed down and regular versions was that the slimmed down was a bit more dry.  So now I have a job for next year...find a way to make this pie more moist! 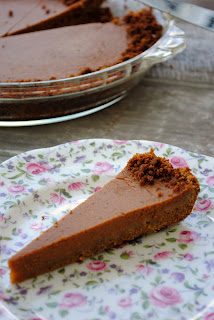 I know that this year's Thanksgiving has passed, but I bet some of you may have cans of pumpkin puree leftover and you're wondering what to do with them.  It's never a bad time to have pumpkin pie, so why don't you give this recipe a try! 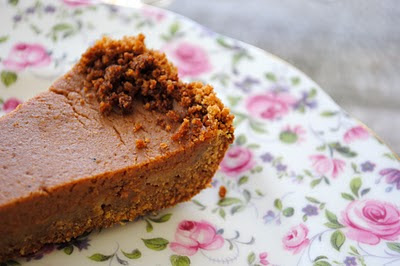 taken from Weight Watchers
(5 PointsPlus per serving)
Ingredients
3 oz reduced-fat cinnamon graham crackers
1 Tbsp light brown sugar
2 Tbsp butter, melted
2 large egg white
1 large egg
1/2 cup dark brown sugar
1/4 tsp table salt
2 tsp pumpkin pie spice
1 cup canned pumpkin
1/2 cup fat-free evaporated milk
1/4 cup(s) lite whipped topping
Directions
Preheat the oven to 350ºF.  Place the graham crackers and light brown sugar in a food processor; process into crumbs (or smash into crumbs in a sealed plastic food bag with a rolling pin).  Spoon the crumbs into a small bowl; add melted butter and combine with fingers into a coarse meal.  Distribute the crumbs evenly on the bottom and up the sides of an ungreased 9-inch pie plate.  Chill for 30 minutes before baking.  Bake until the crust starts to turn golden, about 8 to 10 minutes; remove from the oven and let cool.
Meanwhile, in a large bowl, using an electric mixer, whip the egg whites until frothy; fold in the egg, dark brown sugar, salt, pumpkin pie spice, canned pumpkin and evaporated milk.  Beat the pumpkin mixture until smooth (it may seem very runny but that is okay) and pour into the pie shell.  Bake until a knife inserted in the center comes out clean, about 45 to 55 minutes.  Slice into 8 pieces, top each piece with 1/2 tablespoon of whipped topping and serve warm or at room temperature.  Yields 1 slice per serving. (5 PointsPlus per serving) 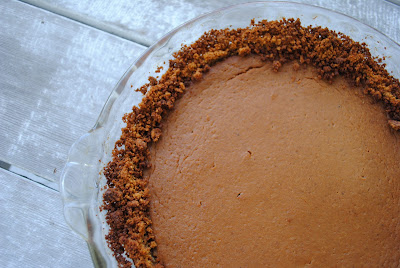 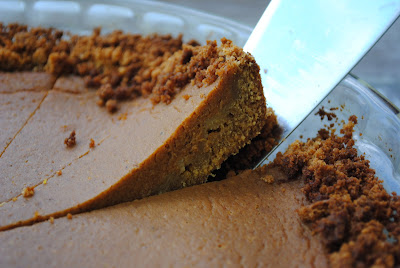 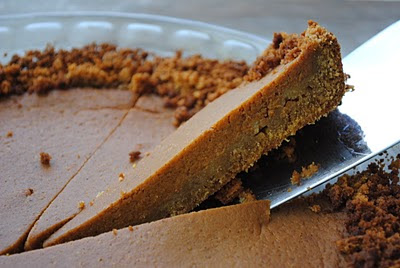 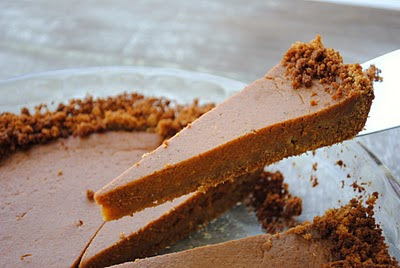 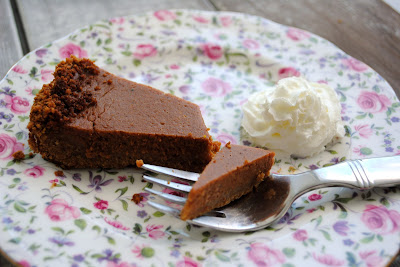