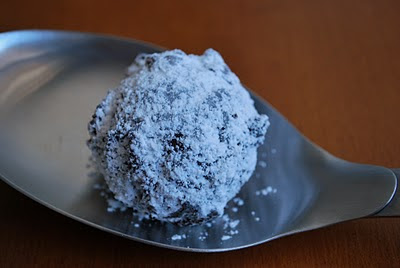 The October 2010 Daring Bakers challenge was hosted by Lori of Butter Me Up. Lori chose to challenge the Daring Bakers to make doughnuts. She used several sources for her recipes including Alton Brown, Nancy Silverton, Kate Neumann and Epicurious. 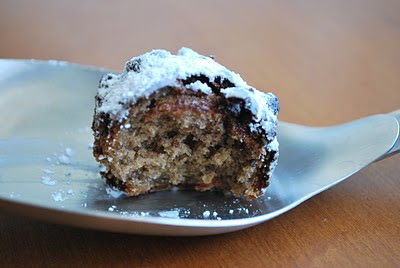 While my doughnuts may look nice they didn't turn out quite as I had expected.  I adapted Nancy Silverton's recipe and my dough came out very runny.  I tried to salvage the recipe by putting the dough in the fridge for a bit, but that did not work as well as I had hoped.  Instead of making a typical doughnut I then decided maybe I could still use the dough to make doughnut holes.  While I was successful with the holes I think I may have left them in the oil for too long as they came out a bit darker than planned.  When I took a bite, the cake in the middle tasted great, but the outside was a little too crunchy for a doughnut.  I think I'll name these my chocolate doughnut fritters! 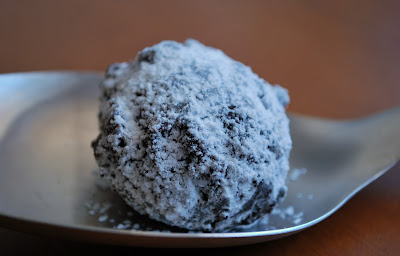 Instead of leaving you with my adapted recipe I will give you the exact recipe for Nancy Silverton's Buttermilk Cake Doughnuts.  And I'll also say that if at first you don't succeed, try, try again.  Look out for my next batch of doughnuts sometime in the near future!  ;) 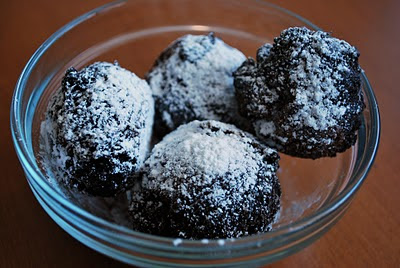