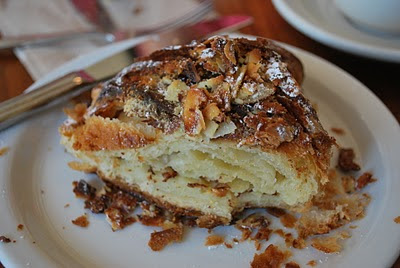 I spent the past weekend in San Francisco exploring everything the wonderful city has to offer.  Food exploration was not the only thing on my to-do list, but it certainly competed for the top slots.  First up was a recommendation by my favorite baking buddy who emphasized that Tartine Bakery & Cafe was an absolute must.  This small cafe located in the Mission District of San Francisco had a line out the door...always a good thing when it comes to bakeries. 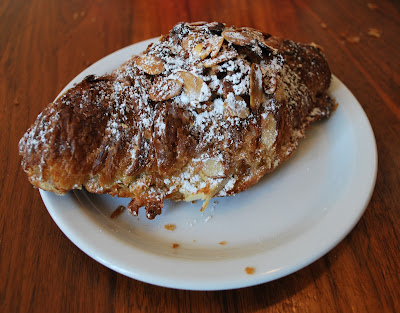 I was tempted to order one of everything, but ended up with a frangipane croissant and a humboldt fog goat cheese pressed sandwich.  After snapping a few photographs I was asked by someone at the table next to me if I had a blog.  She said she had one as well and just finished taking pictures of her order.  It's good to know I'm not the only one documenting my bites!  Check out her post from Tartine at Cheetah is the New Black! 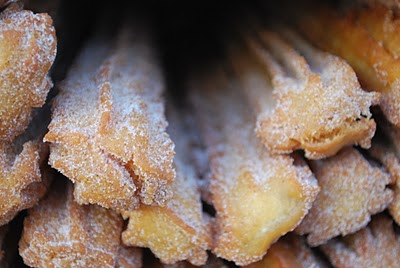 While walking around downtown I stumbled upon several churros stands.  I wasn't sure these could top the dulce de leche filled churros I recently had in Miami, FL, so I opted to photograph and not taste. 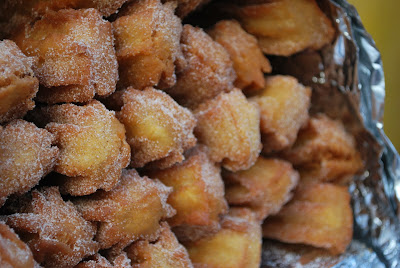 I stopped to watch the mounds of sugar fall from a churro as an excited customer pulled one from the bunch.  The sugar blew up in the air and added to the sweet temptation I smelled the rest of the afternoon as the scent of the churros lingered throughout the streets. 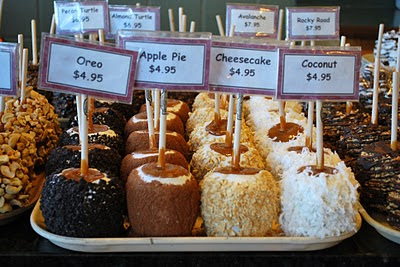 While watching the Blue Angels practice for their air show the following afternoon, I sought refuge from the crowds in a cute little shop near Fisherman's Wharf which offered frozen chocolate covered bananas and candy coated apples. 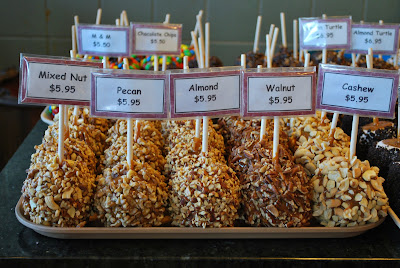 The shop was so colorful and inspiring that I had to snap a few photographs.  I also came out of there with a few ideas for future recipes. 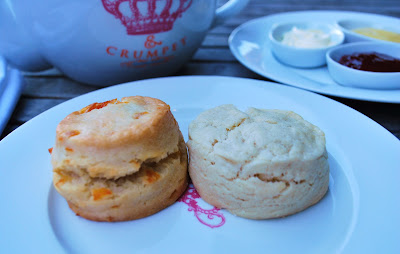 I ended my long walk along The Embarcadero in Ghirardelli Square where I happened upon a sweet little tea room called Crown & Crumpet.  It was such a beautiful sunny day, so I found a cozy spot outside overlooking the water and decided to relax a bit. 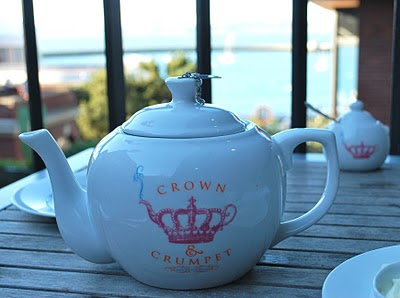 I ordered a peach crumpet tea and was told by my server that the scones were fresh out of the oven and absolutely delectable, so I received one apricot and one regular scone as well.  I could have done without the clotted cream, but the lemon curd and raspberry jam which came with the scones were unbelievable.  The lemon curd was perfectly tart and when mixed with the raspberry jam and then spread on the soft and warm buttery scone made for the perfect bite. 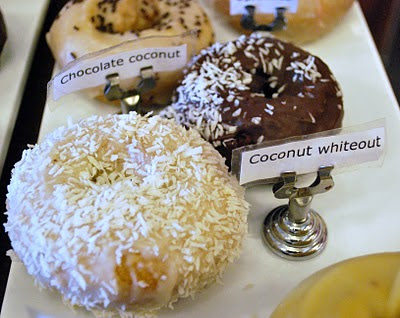 The following day, at the Ferry Building Marketplace on the corner of Market and The Embarcadero, I wandered through the building browsing through the different kiosks and restaurants.  I tasted chocolates and honey and different blends of olive oil and was eventually drawn to the miniature donuts made by Pebbles Donuts.  They feature all vegan ingredients and produce exquisite looking donuts which reminded me of my trip to the Doughnut Plant in NYC. 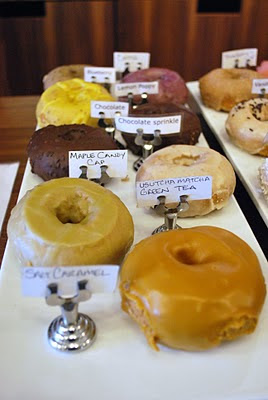 And now the weekend has come to an end as I make my way back home.  Hasta luego San Francisco.

Posted by The Capitol Baker at 6:24 PM